Our records contain 84 asbestos lawsuit exposure sites in Arkansas, though there are certainly more that have not been reported. 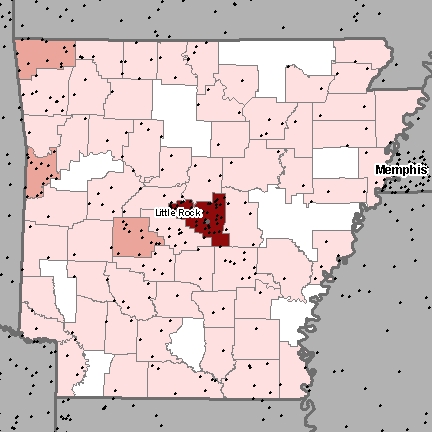 For decades, Arkansas buildings and products have used asbestos. Because of this, many Arkansas residents have been exposed to asbestos and are at risk for contracting mesothelioma cancer.

The symptoms of mesothelioma often take decades to appear, so Arkansas workers are at risk even if they were exposed to asbestos decades ago. Examples of Arkansas asbestos exposure sites include:

The Arkansas city with the most asbestos exposure sites was Little Rock, AR, with 12 known sites contaminated by asbestos.